KDKK 7 PM Panther Hockey at Lake of the Woods

Here's something nice for Valentine's Day. For $5 you can send a wood rose to someone in a local care facility or home health care.
These roses are handmade by 4 Love of Wood Co., check out their website there's a lot of beautiful pieces.
Click on the Roses 4 Residents banner and it will walk you through sending some cheer to a local resident!

1. How did you start doing play by play? Do you remember your first
game?

I was talking to a counselor at Bemidji State University about career path options and she mentioned a student-run radio station that allows you to go live on air and talk about whatever you wanted to, so I chose the NFL. I got into contact with a student there who was listening to my show and asked if I was interested in being his color commentator for BSU basketball games. I then after a few games agreed to take over the primary play-by-play announcer in place of him and loved it ever since! My first game I covered is all a blur to be honest. Everything was so new yet excited and I just got caught up in the entertainment.

2. What's the craziest game that you've called so far?
I was calling a Blackduck Boys Basketball Game in Fosston during the 2021-2022 season and Blackduck was up 10 points at halftime and Fosston opened up the second half with a 9 point run to close the game and then it was back and forth from there. There were a lot of big time shots from beyond the arc for the Drakes alongside some fantastic post play, and they got the win in double overtime 73-70.

3. Which sport is your favorite to call?
Basketball! There's so much action going on, it's fast pace, tons of scoring, and the gymnasiums are always loud with great student sections cheering for their school. High school basketball gymnasiums have such a great atmosphere. How can you not love a great game of high school basketball?

4. Who taught you to do pbp?
The first person to ever show me the ropes of play-by-play was the student back at Bemidji State University. An amazing friend by the name of Chandler See. However, my current Station/General Manager, Richard De La Hunt, has been my mentor for a few years now, and I am forever grateful for him giving me these amazing opportunities!

5. What is your favorite part of doing play by play?
The atmosphere! There is so much joy and excitement felt whenever you go to a game. It doesn't matter whether it's at a field, gym, arena, or park. The venues are always packed with energy. I also love being a part of some awesome communities. Everyone knows exactly who you are and why you are attending these games; to give amazing young men and women their moment to shine on radio. These kids and their communities deserve nothing but the best and nothing but positivity and that is always my goal whenever I go live on air. Kids right now, especially in high school, are exposed to so much negativity in this life, and it's always a blessing when God puts you in a position to bring a positive light. So long, good night, and God Bless! :)
More Play by Play Q & A's
Meet Sam   Meet Craig   Meet Curtis 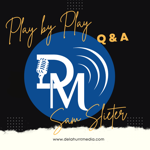 He doesn't have a picture, but our next Play by Play Q & A is from Sam Slieter. He has called basketball and football for most of the teams in the area now. You might hear him doing PA announcing for New York Mills football and baseball when his schedule aligns.

1. How did you start doing play by play? Do you remember your first game? I responded to a help wanted ad for a play-by-play announcer on Aug 30th in 2018 and an hour later I was asked if I could get to the Staples football field for the game at 7 pm that night to try it out. I trained on the mic that night and was immediately hooked. Unfortunately Staples Motley lost to Pequot Lakes that evening but I knew that calling games on the radio was a gig for me!

2. What's the craziest game that you've called so far? Just this last basketball season (2022) the Nevis girls were facing on the BBE Jaguars in the sub section championship and BBE was the favorite. The Nevis Tigers were able to pull off the upset by hitting 2 free throws with under 3 seconds to play to win 48-47. Nevis would move on to beat Braham 38-27 to win the Section 5A championship and earn a trip to the state tournament.

3. Which sport is your favorite to call? While every sport has its upsides for calling games, my favorite would be boys and girls basketball because of the constant action up and down the court.

4. Who taught you to do pbp? My first game on the air was with Leif Ronning in Staples. Also, when I first started, I would watch TV at home, mute the sound, and call games in my living room.

5. What is your favorite part of doing play by play? Just being able to stay around the game. Not every game is going to be a nail biter but it's always fun to follow teams throughout a season or multiple seasons and get to be a part of great high school sports.

Craig Killmer in a hockey press booth with his son CJ.

High School Sports are starting soon and we’re catching up with our De La Hunt Media play by play announcers. We’ll start with Curtis Joe, who you heard announce volleyball, basketball and wrestling.

1. How did you start doing play by play? I started PXP in 1988 and did color for a few Cambridge BlueJackets Hockey games, took a few years off and started again with Delahunt Media in 2012!

2. Do you remember your first game? Yes I remember my first game, my brother scored 2 goals that game in a cold Mora arena!

3. What's the craziest game that you've called so far? The craziest game I called, probably a Thief River Falls Norskies game during a shootout when a player tripped over the blue line as he went in for his shot! I will not name the player but I think it’s on You Tube. I’ve had a few football, basketball and hockey games where we joked in the booth about last score wins!

4. Which sport is your favorite to call? My favorite sport to call has to be hockey, it’s comes natural after playing the game.

5. Who taught you to do pbp? Who taught me, that’s a tough one. I grew up listening to Al Shaver doing Minnesota North Stars games as a kid and borrowed some of his phrases and game lingo and probably the great Bob Cole on Hockey Night in Canada. And of course the Delahunt family throughout my career with them!

Make your business part of our sports broadcasts. Email tammy@delahuntmedia.com or call 218 732-3306 and you'll be on the air supporting your teams broadcast when sports kick off September 1st and 2nd.

Play by Play Q and A's 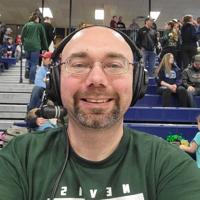 High School Sports are starting soon and we’re catching up with our De La Hunt Media play by play announcers. We’ll start with Curtis Joe, who you heard announce volleyball, basketball and wrestling.

2. Do you remember your first game? My first game as a professional broadcaster was a legion baseball game.

4. Which sport is your favorite to call? Basketball, but I enjoy calling all sports.

5. Who taught you to do pbp? I have always been able to do it. The Lord blessed me in that way. Dan Keating the first Sports Director I worked for is a multi time North Dakota Sportscaster of the year and was a great guy to learn under.

6. What is your favorite part of doing play by play? Watching sports and interacting with the coaches and players. 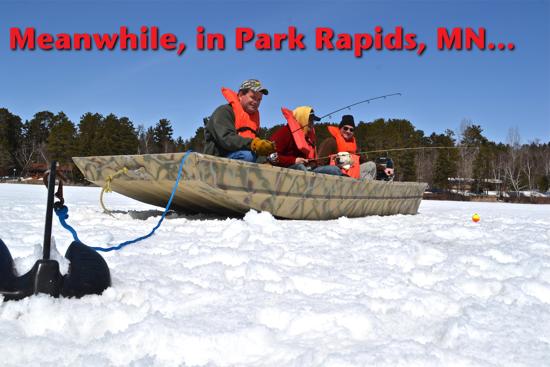 Will the lakes be open forthe 2022 Minnesota Fishing Opener?

The new HTML5 Mobile Web Player is now enabled on all of our listen live links.  Simply click on the station's listen live link and the player will load.  You can bookmark a shortcut to your mobile device desktop or home page for quick access to our audio streams. 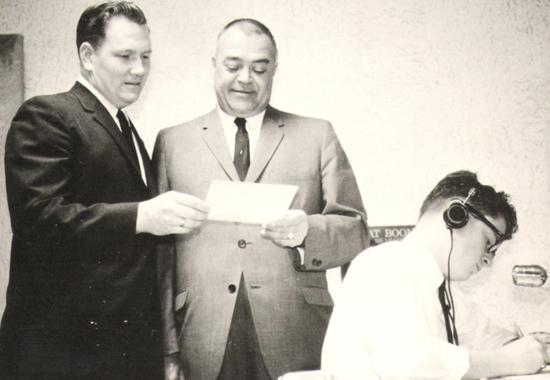