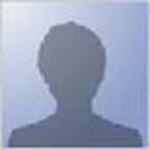 Wakeup with Jessica 7am to 9 am every Weekday.

Mike pretty much figured music would be his calling. Not so much playing drums in a rock band, but teaching Percussion at the University level. Both his parents were teachers so it seemed like a good fit.

Until a high school speech class spun his head - and his life - in a different direction. It wasn't long before he realized talking for a living beat working for a living. Getting his first job in radio helped him graduate from the University of Houston. Then he made stops in Dallas-Fort Worth, and New York, before starting a family and playing all those Hits and Favorites.

Mike still has his drums and has been known to annoy his neighbors, wife Susan, and daughter Shelly (the youngest of three girls still at home), with the occasional "if it's too loud you're too old" solo.

Lori Bennett is an award winning, multitasking radio personality, musicologist and actress with a flair for creating a strong bond with her diverse audiences. A native of Detroit, Lori is a veteran of such heritage adult contemporary stations as WNIC-FM, Magic 105.1, Smooth Jazz V-98.7 and is the key in-store voiceover talent for national/international companies such as K-Mart and Rite Aid.

“It’s my goal and my dearest wish to bring a smile to every one of our listeners every day.” says Lori. “Spreading positivity, having fun and experiencing the music together…that’s what we all need to keep perspective with all that goes on in our crazy, increasingly more complicated lives!”

What Lori enjoys most (besides her listeners) is helping others to succeed, thus spending time as a team leader and mentor to young creative professionals. She also is a big supporter of Volunteers of America, Toys for Tots and numerous animal rescue organizations. When not in studio, Lori can be found in her communal garden attempting to negotiate with the squirrels on who has first right to the tomatoes, or at home, attempting to convince her actor husband that leaving socks on the living room floor “is not an artistic statement”.

From the plains of the Dakotas to the desert of the Great Southwest... from the mountains to the prairies and wherever a radio tower beckoned or a microphone screamed out his name, Richard Stevens has followed in a family tradition of connecting with listeners on the radio. Richard was born into a family of entertaining personalities; some made a career out of it (his oldest brother is radio legend and TV personality Shadoe Stevens), while others have quietly entertained family and friends for years without the need of a microphone.

Richard was a 16 year old high schooler when he started his first radio job in his hometown of Jamestown, North Dakota. His journey carried him to Palm Springs, California, where at the age of 23, he entertained retired snowbirds on the radio by playing musical greats like Sinatra, Benny Goodman, and Nat King Cole. In another life, Richard filled in for his brother as the announcer on TV's "Hollywood Squares" and went on to host radio shows on Oldies stations, Country stations, Soul/R'n'B stations, Rock stations, and various contemporary hit music stations in Los Angeles, Dallas and on the USA and ABC radio networks.

For over ten years, Richard interviewed some of the biggest stars and highest-profile newsmakers while co-hosting a syndicated news magazine plus a radio show similar to TV's "Good Morning America". In addition, nearly five years, he co-hosted an interview and lifestyle morning show on the ABC Radio Networks. Today, Richard provides information, entertainment, and music on Citadel’s AC format.

Maryrose got her start in radio while studying Opera at a college in East Texas. She knew a girl at her gym who was on the local station as a DJ and she had suggested to Maryrose that she audition for an opening. Needless to say, she auditioned and the rest is history.

She spent some time in Virginia Beach, and came to love the Outer Banks in North Carolina. Then she went to Dallas for a ten plus year stint at KVIL before coming to our AC format. KVIL at the time was the flagship station for the Dallas Cowboys, so Maryrose was in Heaven! If you know anything about Maryrose via her show, you know she's a huge Cowboys fan and loves Michael Buble. She hasn't given up the dream that one day Michael will bless her with his presence on her show! She continues to dream and loves being on the air playing all your favorite hits!

It's not often that a career in cross-country trucking leads to a career in radio -- but that's how it happened to Frank Welch. "It's true," he says. "I was listening to a lot of radio stations while driving around the country. My thought was, 'I could do better than that!' so I jumped into it." Today, Frank's definition of "drive time" has changed. The road to us wound its way through a variety of radio stations including Dallas stations KCDU-FM, KLUB-FM and KVIL-FM. "I've done basically every on-air job you can do: jock, studio news reporter, street reporter, traffic reporter, sports reporter and more." These experiences have brought Frank news honors, including the Dallas Press Club's "KATY" Award and the Dallas U.P.I. Award. Frank believes he has an impact on his listeners because he genuinely enjoys his job. "I have a lot of fun on the air and I really believe that if you're having fun at something, people respond positively to y

Scott had no problem deciding on a career, he knew he wanted to be a DJ by the time he was in the seventh grade. Growing up as an air force brat he got to hear radio stations all over the country. Scott landed his first radio job at age 16 in Clovis, N.M. playing classical music on Sunday nights and cleaning the radio station restrooms. Since then he's played all kinds of music and loves radio as much as he did on day one. Off the air Scott enjoys baseball, movies and his classic car collection (two old Pontiacs). Scott also has two old cats, Milo & Maggie.